Sweden’s government will begin looking into the possibility of switching to a digital currency. It is marking another foray into the unknown for the world’s most paperless nation.

The investigation will be led by Anna Kinberg Batra, a former chairperson of the parliament’s finance committee.

Sweden is one of the world’s first nations to propose implementing a digital currency. Its central bank is already working with Accenture Plc on a pilot project to develop an electronic krona based on the same blockchain technology as digital currencies like Bitcoin.

In October, Governor Stefan Ingves said that any decision on whether or not to issue the Swedish crypto must be made at the political level.

“It’s vital that the digitalized payments industry runs securely and that it’s open to everyone,” Bolund stated from the government’s perspective.

“How the Swedish crypto is constructed and which technologies are employed has a lot of implications for the whole financial system,” he added.

As the epidemic intensifies the transition away from banknotes and coins, the Riksbank reported in October that Sweden’s cash use has declined to its lowest level ever. According to the bank’s analysis, cash accounts for less than 10% of all payments in Sweden.

According to the Bank for International Settlements, Sweden is the world’s most cashless society, as measured by cash use as a proportion of GDP.

It was a “political choice”

The timing of any implementation is unknown since it is dependent on the outcome of a parliamentary investigation into the role of the state in the payment sector, which is set to conclude in November 2022. Meanwhile, Riksbank is using the time to fine-tune its virtual currency offering to launch it as soon as the government decides.

The future of the Swedish crypto, according to Sundberg, “will be a political choice.”

Other central banks may introduce digital currencies, but they are not competitors. The Riksbank team working on the initiative simply wants to keep their currency and, by extension, their central bank relevant.

The e-krona project’s entire cost has yet to be calculated. Since 2019, Riksbank has contributed 50 million kronor annually to the technological research initiative.

The first part of Riksbank’s research, which mimicked the e-krona in an isolated test setting using a private company’s blockchain technology, was disclosed this week. Commercial banks and other online payment providers will be among the participants in the study’s next phase, testing the Swedish crypto in commercial and retail applications.

In February, China launched its trial program, giving 50,000 Beijing residents $30 worth of its new digital money.

There are three basic categories in which new digital assets or payment instruments might be classed.

Cryptocurrencies are a kind of digital asset that is issued privately. They have their own ‘currency’ unit that is not denominated in any sovereign issuer’s currency. Rather than depending on a single entity to administer the system, they use encryption to maintain the record of transactions. Also along with ownership of digital ‘coins’ in a digital ledger distributed (and synchronized) among several ‘nodes’ (or computers).

Bitcoin is the most well-known example of a decentralized cryptocurrency system, although there are dozens of others. Cryptocurrencies have no inherent value. They are often unbacked by an issuer, and depend on users’ faith in the software protocol that governs the system.

The second category of new digital assets, known as stable coins. It is a sort of crypto-asset or token meant to reduce price volatility compared to a commonly used unit of account (such as the US dollar) or a standard store of value (such as gold). Holding assets that back the currencies on the issue is one method their promoters try to keep their weight constant. This is done to make them more money-like and appealing as a store of value or payment mechanism. the wight.

However, these backing arrangements have had varying degrees of credibility to date. Particularly in the case of Tether, the most valuable stablecoin by market capitalization, which the US Commodity Futures Trading Commission recently fined US$41 million for making false statements about its assets being fully backed.

It may be essential to differentiate between three major categories of stable coins within this group:

Tether, USD Coin, and Binance USD fall under the first group, comprising all current stablecoins. These may be seen as a link between fiat money and cryptocurrencies. They’re being utilized as a store of wealth by those who have traded in cryptocurrency. Ans who wants to transition to a fiat currency claim without leaving the DLT ecosystem. Also for payment and settlement for transactions involving cryptocurrencies or tokenized assets. Typically, they are distributed on public blockchains.

The central bank digital currency (CBDC) is a possible new type of digital money. It is representing like major bank settlement accountsstable coina liability (or claim on) the central bank. A retail (or general-purpose) CBDC would function similarly to a digital form of currency that is widely accessible. It is probably via phone wallets and maybe through purpose-built devices such as smart cards. There might also be wholesale CBDC, which, like central bank settlement accounts, would be available to a smaller number of players. 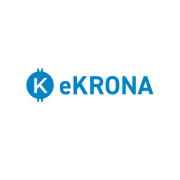 How to Resolve QuickBooks Payroll Error 30159?

What Are The Benefits Of Getting A Personal Loan Over Any Other Kind Of Loan?